Lecture 1: Accountability: from the social sciences to software engineering

Description: Agent organizations are an effective abstraction for modularizing the software by functionally decomposing a goal (organizational goal) into subgoals, that are, then, assigned to the agents through obligations. Obedience, however, cannot be given for granted: agents will satisfy an obligation only when this is functional to the achievement of their own goals, and faults may happen. An interesting perspective is opened by seeing accountabilities and responsibilities, that each agent autonomously takes on, as key concepts for software modularization, starting from its design throughout the development of software. Accountabilities are relationships between agents that allow: (i}) agents to identify who should give restitution to whom for a certain state of the organization, (ii) organizations to have the right claim that their agents (i.e. agents that are under the regulation of stipulated norms) will provide accompanying proofs about their behavior either certifying tasks were executed up to agreed standards, or explaining what prevented from staying up to those standards. In this talk I will introduce the notion of accountability and explain its utility for agent programming and for increasing the robustness of multiagent organizations.

Lecture 2: Extensions of the BDI Architecture as Reusable Solutions to Ease the Development of Sophisticated BDI Agents

Short CV: Ingrid Nunes is a Professor Adjunto (tenured position) of the Instituto de Informática at the Federal University of Rio Grande do Sul (UFRGS), Porto Alegre, Brazil. She is the head of the Prosoft research group, and holds a research productivity (PQ) fellowship Level 2 granted by CNPq. She completed her undergraduate studies in Computer Science at UFRGS (2006), obtained her Master’s (2009) and Doctor’s (2012) degree in Informatics from the Pontifical Catholic University of Rio de Janeiro (PUC-Rio). Her phd was in cooperation with King’s College London (UK), under a sandwich Ph.D. programme of one year, and with University of Waterloo (Canada), with three three-month research visits. In 2016-2017, she was on a sabbatical year at TU Dortmund, Germany, with a CAPES-Alexander von Humboldt Postdoctoral Fellowship. She was also a post-doc researcher at PUC-Rio in the Software Engineering Laboratory (LES) (2012), and has experience in the industry, where she worked as a software developer from 2005 to 2007. She is a section editor of the Scientific Initiation Magazine (REIC) and member of the Brazilian Computer Society (SBC). Her main research areas are software engineering and artificial intelligence.

Description: The Belief-Desire-Intention (BDI) architecture is widely known and largely used to develop autonomous agents. It has key components connected by a reasoning cycle that drives agent actions. This reasoning cycle includes functions that can be customised to provide agents with sophisticated behaviour such as making informed decisions about which course of actions (i.e., a plan) is more suitable considering the current environment state when multiple plans can be used. In this talk, I’ll first demonstrate the potential of the BDI architecture by introducing our BDI-agent-based solution for combating DDoS attacks. Then, I’ll overview our proposed approaches that extend the BDI architecture to support the development of BDI agents with improved plan selection. Finally, I’ll present our latest extension to the BDI architecture that supports the construction of resilient systems by means of BDI agents that can autonomously manage remediation actions with the goal of keeping systems operational under abnormal conditions.

Short CV: Maiquel de Brito is professor of the Department of Control and Automation Engineering and Computation in the Federal University of Santa Catarina. He has a bachelor degree in Computer Science from the Feevale University (2005) and Master’s (2012) and PhD’s (2016) degree from the Graduate Program in Automation and Systems Engineering at UFSC. Part of his PhD research was done in the Ecole Nationale Supéurieure des Mines de Saint-Etienne (France) where he spent a year. His research interests include Multi-Agent Systems, focusing on models, languages and tools to cover social aspects in this kind of system

Description: Multi-Agent Systems may be seen as agent societies as their participants usually have some social behavior. These societies often require some regulation to conciliate the individual goals of the autonomous agents with the social expectations of the system. Several abstractions such as norms, organizations, institutions, commitments, etc., usually inspired in human societies, have been proposed to regulate agent societies. This talk will focus on the notion of Artificial Institutions as a structural component of the agent societies, exploring its relation with other social concepts proposed to regulate the activities of the agents.

Short CV: Maicon Rafael Zatelli is currently a professor at the Department of Informatics and Statistics at the Federal University of Santa Catarina (UFSC). He has a bachelor’s degree (finished in 2010) in Computer Science from the Regional University of Blumenau (FURB) and master’s (finished in 2013) and PhD’s (finished in 2017) degree from the Graduate Program in Automation and Systems Engineering at UFSC, where the PhD was done also in part at the Università di Bologna (Itália), from 2015 to 2016. The topics of research in both, the master dissertation and the PhD thesis, were related to multi-agent systems (MAS), in special the interaction in MAS and how to exploit concurrency to improve MAS performance. Currently, his research interests are related to the development of tools and languages to program and execute MAS as well as theory of computation and algorithms.

Description: In this course, we will briefly review some aspects of agent-oriented programming and then focus on Jason, a language to develop multi-agent systems. The course will be divided in two main parts: (I) a more expositive part, in order to discuss a little about-agent oriented programming and introcuce the Jason language (mainly its syntax and semantics) and how its interpreter works (mainly the agent reasoning cycle), and (II) a more practical part, where some problems will be introduced and how they can be solved using the Jason language. In addition, in order to give some more practice in agent programming, the students will be asked to change some of the programs to solve small changes in the presented problems as well as students will be asked to build a solution from scratch to a different problem

Workshop 2: NetLogo – A tool for agent modeling and simulation

Short CV: Diana Adamatti is an assistant professor of Artificial Intelligence in the Computer Science Center, Universidade Federal do Rio Grande (FURG), Brazil. She was a post-doctoral researcher at the Istituto di Scienze e Tecnologie della Cognizione (ISCT) of the Consiglio Nazionale delle Ricerche (CNR) in Rome, Italy, and she has been an active researcher in the Brazilian agent community. Research fields of interest include Multiagent Systems, Social Simulation and Computational Games.

Description: This is a practical workshop, where the NetLogo tool will be presented, from practical examples. Students will study some examples and modify them for better understanding. NetLogo uses the Logo language, which although very simple, provides the development of complex and robust applications. It can be used by beginners, because it does not require high abstraction level. 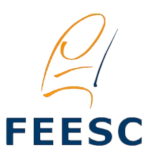 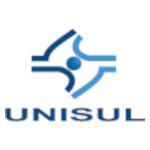